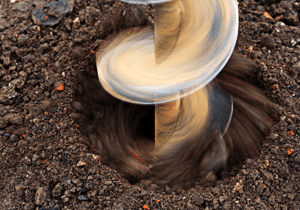 Laying out data infrastructure for a new product and big-data research is no small task. In many cases, it involves working in the dark with a lot of unknowns and juggling many analysis tools and methods to gain even a shred of meaningful insight into an endless sea of data.

Any data engineer or data scientist will tell you to use a toolbox full of fast to use, scalable and multiple use-case-supporting tools to get through it. Means by which to explore different types of data are also paramount, given that our data infrastructures deal with several different file types, databases and storage locations, including:

In an ideal world, we’d also be able to query all data from the same place and in the same language, preferably in SQL.

For the last few years, I’ve used Presto to query from multiple data sources and combine the results for data exploration. Unfortunately, while it is effective in many areas of my work, it doesn’t support querying of local parquet files, an important function in my day to day tasks. In my search for something that could, I decided to try out the Apache Drill. If the title of this post is any indication, it went far better than I expected to the point that I decided to share my experience.

TL;DR While Apache Drill is mainly meant for “data exploration”, it’s also great for simplifying ETL (Extract, Transform, Load) processes. However, once we graduate to defined use-cases, we’ll have to consider a new tool for resource and latency considerations. Nonetheless, it is, for now, one of the most useful tools in our arsenal.

Here are some of the technical challenges and triumphs from my implementation of Apache Drill for Satori’s data exploration.

A quick breakdown of Apache Drill

Apache Drill is an SQL engine that allows you to query files and databases. It connects to many different formats, including Apache Parquet (a columnar compressed format great for querying large amounts of data), JSON files, delimited text files (CSV, TDF, etc), log files, as well as most RDBMSs (you need to configure them using their JDBC drivers). The analysis is done in memory, which makes it very robust.

Some of its most exciting features allow you to:

Getting started with Apache Drill:

Apache Drill can work as a cluster, where each node is called a “Drill Bit”, but it can also run as a single instance (“embedded mode”). My current use-cases only require single instances, so I did not need to delve into setting up an Apache Drill cluster.

I won’t give a full tutorial for starting Apache Drill, as there’s plenty of information about that (this is a good place to start your Apache Drill journey). What I will share is that it was easy, quick and relatively seamless. Suffice to say that either running it locally or in a docker container is as straightforward as bin/drill-embedded or docker run -it apache/drill respectively.

This is where some of the sparkle wears off. Any technologist reading this will empathize with the experience of having a task that should have taken 30 minutes top, but end up taking a full day of spitting blood on our keyboards to get our code working or infrastructure ready. This is exactly what happened when I tried to connect Apache Drill to Google Cloud Storage. I searched high and low for any working example of using GCS as a storage engine for parquet files queried by Apache Drill, but only managed to find examples for AWS S3.

After wiping the blood off my keyboard, I used a hint from the (awesome) “Learning Apache Drill” book by Charles Givre & Paul Rogers, which sent me to the GCP connectors page.

From there, I downloaded the Hadoop connector file, and placed it in the /jars/3rdparty directory, to ensure that it was loaded when Apache Drill started. I spent a long time trying to understand how to configure my GCP API key to be used by Apache Drill. I finally figured it out by following the Hadoop connector repository of Google Cloud Dataproc. After providing the appropriate role to the IAM service account, I was up and running!

To spare anyone else the struggle, I consolidated what I learned into these steps:

Preparing data for Machine Learning, especially when it involves large datasets to be processed, can be particularly annoying. Sure, you can use a number of solutions to prep your data, such as handling them in Python scripts, but they’re often too cumbersome. This is one of the small instances where Apache Drill really helped us through the less exciting minutiae of our projects. It saved us precious time when used on large JSON/CSV files by allowing us to do a lot of it as part of a simple SQL query. This freed up a significant amount of time for us to spend on the actual problems we’re trying to solve.
So, while using Python is possible, the ability to clean & prepare data for processing via a simple and easy SQL query is a far more appealing option. Examples of useful functions to use are REGEXP_REPLACE, SPLIT, the quite robust TO_NUMBER, TO_TIMESTAMP and other conversion functions.

At Satori, we often find ourselves processing large datasets and carrying out large-scale enrichments, feature extraction, etc. These processes, which fall under the dreadful ETL title, can be converted into a simple SQL query.

To achieve this, we’re using CTAS (Create Table As Select), meaning that we’re creating a new table as the results of a SELECT statement. While this is useful in any SQL DB, when combined with Apache Drill’s ability to read different data sources and join them, this becomes a way to write very simple and readable SQL code to make such conversions and transformations.

Note that you can define what output format you want by changing the store.format setting, for example:

You also must specify a storage workspace as writable in the web console:
Here’s a simple example of an ETL CTAS query:

Apache Zeppelin is a smooth (thanks to its websockets), web-based platform, which makes it easy to create quick notebooks and dashboards with out-of-the-box visualization from a wide variety of data sources. While Apache Zeppelin deserves a blog post of its own, let’s talk about how we combine Apache Zeppelin and Apache Drill.

While you can configure Zeppelin to work with many different data types as well, using it with Apache Drill both abstracts that need and allows you to create queries from different data stores together.

Apache Drill is a great tool for anyone dealing with data from a variety of sources and of varying quality. It’s quick to get started and packs a serious punch. I’ve found it most useful for exploring and preparing data without determined use-cases. Once you do assign it a use-case, it is naturally advisable to find or create more tailored solutions to better serve you. The examples I included in this post are pulled directly from my own workloads, and while I verified them thoroughly on my end, it’s possible that they may not work for you. Please feel free to get in touch if this is the case (Via email, twitter or linkedin)!

Why Are Data Leaks Still Filling My Feed?